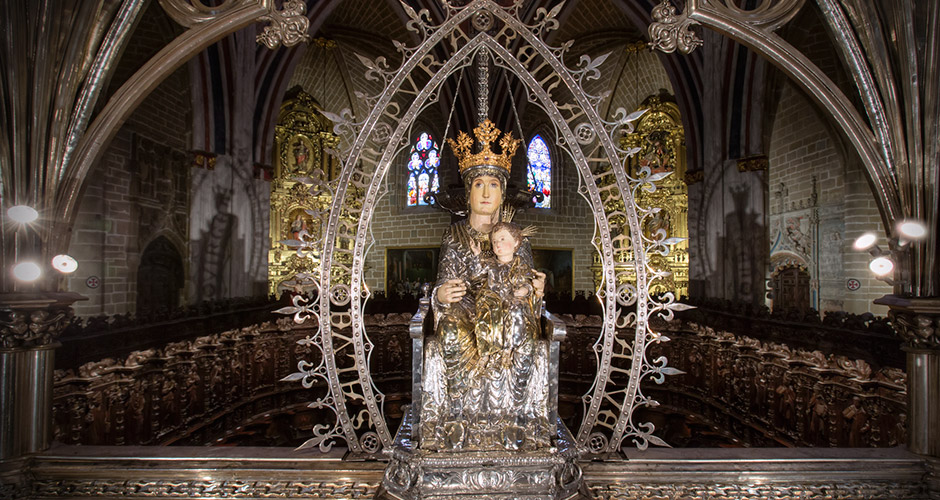 Santa María del Sagrario, also known as Santa María la Real and Santa María de Pamplona, is a 12th century Romanesque sculpture. The Child and the Throne are from the Baroque period, and the baldachin, of 1946, the year in which he was Canonically crowned.

The choir seating was made in 1541 using walnut, cherry and boxwood, by Esteban de Obray. It comprises 104 seats, though currently part of it is held at the Museum of Navarre. The Saints are represented on each seat.

The grille was created in 1517 and has been called “The queen of Spanish grilles”. Marian scenes, the Assumption, the Annunciation and the Original Sin are represented.